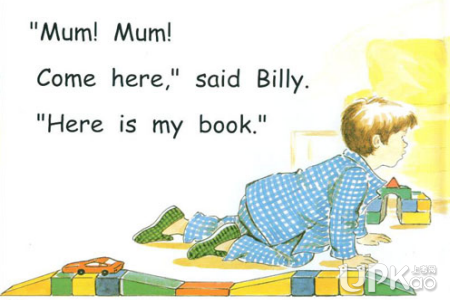 Questions 46 to 50 are based on the followingpassage.

For thousands of years, people have known that thebest way to understand a concept is to explain itto someone else.

"While we teach, we learn," saidRoman philosopher Seneca. Now scientists are bringing this ancient wisdom up-to-date. They'redocumenting why teaching is such a fruitful way to learn, and designing innovative ways foryoung people to engage in instruction.

Researchers have found that students who sign up to tutor others work harder to understandthe material, recall it more accurately and apply it more effectively. Student teachers scorehigher on tests than pupils who're learning only for their own sake. But how can children, stilllearning themselves, teach others? One answer: They can tutor younger kids. Some studieshave found that first-born children are more intelligent than their later-born siblings (兄弟姐妹). This suggests their higher IQs result from the time they spend teaching their siblings. Noweducators are experimenting with ways to apply this model to academic subjects. Theyengage college undergraduates to teach computer science to high school students, who in turninstruct middle school students on the topic.

But the most cutting-edge tool under development is the "teachable agent"—a computerizedcharacter who learns, tries, makes mistakes and asks questions just like a real-world pupil. Computer scientists have created an animated (动画的) figure called Betty's Brain, who hasbeen "taught" about environmental science by hundreds of middle school students. Studentteachers are motivated to help Betty master certain materials. While preparing to teach, theyorganize their knowledge and improve their own understanding. And as they explain theinformation to it, they identify problems in their own thinking.

Feedback from the teachable agents further enhances the tutors' learning. The agents'questions compel student tutors to think and explain the materials in different ways, andwatching the agent solve problems allows them to see their knowledge put into action.

Above all, it's the emotions one experiences in teaching that facilitate learning. Student tutorsfeel upset when their teachable agents fail, but happy when these virtual pupils succeed asthey derive pride and satisfaction from someone else's accomplishment.

46. What are researchers rediscovering through their studies?

47. What do we learn about Betty's Brain?

A.It is a character in a popular animation.

B.It is a teaching tool under development.

C.It is a cutting-edge app in digital games.

D.It is a tutor for computer science students.

48. How does teaching others benefit student tutors?

A.It makes them aware of what they are strong at.

B.It motivates them to try novel ways of teaching.

D.It enables them to better understand their teachers.

49. What do students do to teach their teachable agents?

A.They motivate them to think independently.

B.They ask them to design their own questions.

C.They encourage them to give prompt feedback.

D.They use various ways to explain the materials.

50. What is the key factor that eases student tutors' learning?

Questions 51 to 55 are based on the following passage.

A new batch of young women—members of the so-called Millennial (千禧的) generation—has been entering the workforce for the past decade. At the starting line of their careers, they are better educated than their mothers and grandmothers had been—or than their young male counterparts are now. But when they look ahead, they see roadblocks to their success. They believe that women are paid less than men for doing the same job. They think it's easier for men to get top executive jobs than it is for them. And they assume that if and when they have children, it will be even harder for them to advance in their careers.

While the public sees greater workplace equality between men and women now than it did 20-30 years ago, most believe more change is needed. Among Millennial women, 75% say this country needs to continue making changes to achieve gender equality in the workplace, compared with 57% of Millennial men. Even so, relatively few young women (15%) say they have been discriminated against at work because of their gender.

As Millennial women come of age they share many of the same views and values about work as their male counterparts. They want jobs that provide security and flexibility, and they place relatively little importance on high pay. At the same time, however, young working women are less likely than men to aim at top management jobs: 34% say they're not interested in becoming a boss or top manager; only 24% of young men say the same. The gender gap on this question is even wider among working adults in their 30s and 40s, when many women face the trade-offs that go with work and motherhood.

These findings are based on a new Pew Research Center survey of 2,002 adults, including 810 Millennials (ages 18-32), conducted Oct. 7-27, 2013. The survey finds that, in spite of the dramatic gains women have made in educational attainment and labor force participation in recent decades, young women view this as a man's world—just as middle-aged and older women do.

51.What do we learn from the first paragraph about Millennial women starting their careers?

A.They can get ahead only by striving harder.

C.They are generally quite optimistic about their future.

D.They are better educated than their male counterparts.

52.How do most Millennial women feel about their treatment in the workplace?

A.They are the target of discrimination.

B.They find it satisfactory on the whole.

53.What do Millennial women value most when coming of age?

A.The welfare of their children.

B.The narrowing of the gender gap.

C.The fulfillment of their dreams in life.

D.The balance between work and family.

55.What conclusion can be drawn about Millennial women from the 2013 survey?

A.They still view this world as one dominated by males.

B.They account for half the workforce in the job market.

D.They do better in work than their male counterparts.